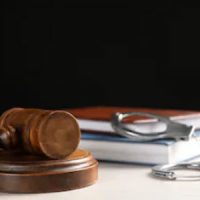 As of 3.18.22, the church’s website has issued a statement that they were “shocked and disgusted” by the allegations against their former leader and that a deacon with the church has stepped in to take his place.

It’s important to understand that the pastor was a person of interest in these crimes, but there was limited evidence directly tying him to child pornography. He could have easily presented a defense that another individual on the premises used their IP to access these images. It wasn’t until the images were actually found in his possession that the pastor was arrested.

While the pastor may have been a person of interest, he managed to always be a “person of interest” in some other investigation that targeted some other pedophile. But because the IP address was associated with numerous CP-related acts, the FBI was able to execute a search warrant. They also had a witness who alleged the pastor had access to child pornography, but that apparently was not enough to get a search warrant at the time, or, if it was, the pastor was able to get rid of the evidence before the FBI could link it to him.

Are you facing serious charges in Tallahassee? Call Tallahassee criminal lawyer Luke Newman, P.A. today to discuss your situation in more detail and we can begin preparing your defense immediately.