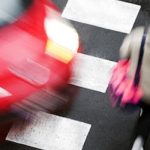 Charges have yet to be filed against a woman who struck a pedestrian and then fled the scene. It is unclear what happened, but it’s believed that the pedestrian was not in the crosswalk at the time of the accident. In other words, the accident may not have been the driver’s fault at all…. Read More »

Don’t let your client get CLOSED out

Identifying improper closing arguments in Florida prosecutions by Luke Newman[1] January, 2016 The witnesses have testified and the exhibits have been entered into evidence with the clerk. The judge has made legal rulings and copies of the jury instructions are warm off the printer. The time has come for defense counsel to endure the… Read More »

Earlier today I wrapped up representation in another Tallahassee area self-defense case. Being a Florida self-defense case, the law at issue is the dreaded “Four Horseman” of statutory confusion known as the “Stand Your Ground” law. The “Stand Your Ground” law was enacted by the Florida Legislature in 2005. The law thoroughly modified Florida’s… Read More »

Good Parenting Is Not Good for Your Kid

The scene opens in a dreary interrogation room in Tallahassee’s Leon County Sheriffs Office. A young juvenile, seated, slumps to one side, backed into a corner by a table. A veteran detective sits across the table, his back to the small room’s only door. The juvenile’s father sits aside the table, looking nervous. The… Read More »

Attacking “Stand Your Ground” on All Fronts

I think it’s fair to say that most prosecutors are not fond of Florida’s “Stand Your Ground” law. The law provides statutory immunity to individuals who claim they were justified in using force. As far as self-defense statutes go; the law is reported to be relatively broad when compared to similar provisions in other… Read More »

It’s always dicey to go out on a limb against internet groupthink. It’s even ‘dicier’ to write in opposition to a verdict which has the Second Amendment folks and most of the defense lawyer community applauding. I love my defense attorney brethren and I love me some guns as well. I am not joking… Read More »

“But She’s Going to Go In and Drop the Charges”

I understand the confusion about this issue. It seems logical enough. In fact, prior to going to law school, I think I used to have the same notion. Practicing law now I realize that most people don’t understand that the complainant in a criminal case does not have any unilateral control over a criminal… Read More »

Florida, in contrast to other states, seems to have stricter laws regarding leaving the scene of an accident. In other states, the parties engage in some meaningful criminal litigation about the intoxication and/or the culpability of the driver when a fatal “hit and run” accident occurs. http://www.nytimes.com/2013/03/13/nyregion/serious-charges-in-fatal-crashes-pose-challenge-for-prosecutors.html?_r=0 http://www.kvue.com/news/local/Sentence-could-be-given-to-Nestande-Friday-192479001.html Florida law doesn’t allow for the… Read More »

As lawyers we have clients who have cases. Most often we go to the courts with our clients’ cases and there we encounter a judge who can (hopefully) serve as the arbiter of reasonableness when confronted with ridiculous arguments put forth by the parties. The process of litigation allows lawyers the opportunity to vanquish… Read More »

Who’s Going to Be Performing the Legal Work in My Case?

This is an important question that should be discussed prior to any client hiring a criminal defense lawyer. It is important because it is assumed that the lawyer meeting with the client at the consultation will be actually performing the legal work involved with the case. Clients are frequently shocked and rightfully concerned when… Read More »