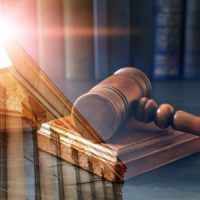 Two men are facing charges related to a real estate scheme that bilked an investor of $12 million. The investor was asked to put up money for real estate deals that never occurred. According to the defendants, they needed the cash to cover the deposits on the real estate, and they would immediately flip the property once purchased. Part of the fraud involved fabricating buyers who would later purchase the properties for ostensibly more than the investors paid. That begs the question, why were these middlemen a part of the equation at all?

Once the investor had furnished the men with millions of dollars for the real estate deals, they told him that the money would be held in escrow until the purchases were made. At that point, they began spending the money on whatever they wanted. The two men are facing more than 40 federal charges related to the scheme including wire fraud and money laundering. If convicted and sentenced consecutively they would face somewhere in the neighborhood of 1000 years in federal prison. The two have pleaded not guilty to the charges.

There are two kinds of fraud, the kind that involves an active conspiracy to defraud others and another type of fraud that happens to folks like Ponzi when the backbone of a major deal falls apart and they want to avoid looking like idiots. The second form of fraud still involves active concealment, the fabrication of records, forged documents, and whatever else.

In this case, the two men were involved in another questionable deal that involved the acquisition of real estate property by the Tax Collector’s Office with public funds for more than $800,000. The property was then sold off to one of the defendants who had recently fabricated a company to purchase it back for just over $600,000. Obviously, that is not the way business works. The public coffers took a $200,000 hit.

The federal government is accusing the men of the theft of over $12 million in investor funds. The government plans to provide evidence that real estate documents were forged to perpetrate the fraud over and over again. The prosecution can charge every single instance of fraud and forgery as a separate crime. In this case, each individual fraud charge comes with a maximum sentence of 20 years in prison. The men are facing 20 such charges individually.

In telling the investor that they already had buyers lined up, the investor believed that the flipping of the property would give him an immediate 9% return. In fact, the buyers never wanted to sell their property, had backed out of the deal, and the men simply spent the money on, according to the prosecution, fast cars and strip clubs. The men will need to establish that they acted in good faith and the government is pursuing this prosecution in error. The prosecution will rely heavily on the victim to provide them with the central points of their argument.

Tallahassee criminal attorney Luke Newman, P.A. handles cases involving allegations of fraud and other federal charges. Call today to discuss your situation in more detail and we can begin preparing your defense immediately.