Not Surprising: Poorest Zip Code In State Has Most Homicides 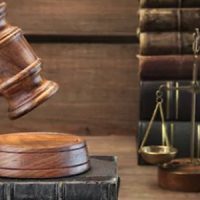 According to a recent report, the majority of Tallahassee homicides between 2015 and 2020 took place in one zip code. The zip code is, unsurprisingly, allegedly the poorest zip code in the State of Florida. A recent report surveyed the homicides that took place in Leon County to determine if any commonalities could be mined from the data to better understand the social factors that go into a homicide. The report correlates youth and poverty to violent crime. The project, called Anatomy of a Homicide Project, hopes to address or better understand social factors that lead to violent crime.

Why do poor neighborhoods have more crime?

They have more crime because they are under-policed. While homicide and violent crime rates are higher in these neighborhoods, they are less likely to lead to conviction either. Poor neighborhoods have traditionally been underserved by police leading to protection rackets within their own neighborhoods in the form of gangs. The gangs extract heavy taxes for their services and reduce the economic vitality of the neighborhood in the process leading to more violent crime, and fewer economic opportunities. Since school funding is directly tied to the district’s property taxes, the schools are woefully underfunded.

Meanwhile, we can see the effects of this underfunding in the relative health of the children in these neighborhoods. They are more likely to suffer severe complications due to simple infections, are less likely to have access to medical care, and are less likely to have access to good medical care. This produces a situation where the average life expectancy within the zip code is substantially lower than in neighboring areas.

Studies have routinely shown that having an active police presence will reduce the rate of all crimes. While there are other problems, including civil rights issues, that emerge from “over-policing” high-crime neighborhoods, the issue is usually just the opposite. These neighborhoods have ineffective or weak police departments that are overburdened with cases, mistrusted by locals, and are required to police communities that they are not a member of. As a result, these neighborhoods created their own police departments (gangs) but they quickly lost control of them. Now, the gangs feed on these communities like parasites, extorting local businesses, and entering into dangerous blood feuds that produce collateral damage.

Another reason why health care is a major issue is because of the propensity for mental health problems in poorer neighborhoods. While poor people may be overrepresented when it comes to serious mental health problems, the truth is that they are just less likely to get the care they need until it becomes a crisis management situation. By then, they may have already harmed themselves or someone else.

If you are facing serious charges, call Tallahassee criminal attorney Luke Newman, P.A. today and we can begin discussing your options and preparing your defense immediately.

By Luke Newman, P.A. | Posted on January 12, 2022
« Man Gets 20 Years After Toddler Rescued In Georgia
Career Drug Dealer Sentenced To 20 Years In Tallahassee »