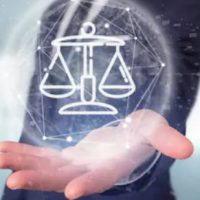 Is your registration expired? Do you like to drive around with felony quantities of drugs in your vehicle? The two could be a bad mix considering that police are able to scan your license plate and cross-reference it against the DMV’s records. They can immediately determine if your registration has expired and conduct a traffic stop on that basis. In this case, the police reported smelling marijuana in the car which then allowed them to conduct a search. They found 31 tablets of oxycodone in Kodak Black’s possession and have arrested him on felony drug trafficking charges. They also determined that the rapper had neglected to renew his driver’s license.

The rap star was pardoned by Donald Trump for a felony charge of lying on a firearms application concerning a then-current prosecution.

Was this a legal stop?

On the other hand, Mr. Black has a history of being charged with dumb crimes. Not only did he lie on a federal application for a firearms license, he was also caught with an illegal weapon on the U.S. and Canadian border. That’s the last place you want to bring your weapon. Black also pleaded guilty to a sexual assault charge involving a teenager.

It can be difficult for defendants to establish that a search was illegal on the basis of a phony pretense. However, the lack of marijuana discovered in the vehicle and the fact that the car was pulled over due to a registration violation will likely become the centerpiece of Mr. Black’s defense.

If you are facing serious charges stemming from a registration violation, you may be able to fight those charges on the basis of an illegal search. Call Tallahassee criminal lawyer Luke Newman, P.A. today to discuss the matter in more detail.