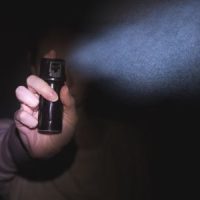 According to one of the victims, the suspect told them to go back to the country they came from and that they don’t belong here. When one of the victims began recording the woman, she pulled out her pepper spray and used it against them. The victims reported burning in their eyes and substantial pain from the pepper spray. The woman is currently being held at Rikers Island in lieu of $20,000 bail.

How do hate crime charges work?

Different states approach the matter differently. Additionally, federal law allows for the prosecution of hate crimes as well. In Florida, a misdemeanor or felony charge can be reclassified one degree higher based on conduct that shows evidence of prejudice or hate. In other words, if you beat someone up that might be a third-degree felony. If you beat someone else for being a specific race, then the crime would be reclassified as a second-degree felony. The penalties are laid out in Florida Statutes 775.085.  However, constitutional limitations control Florida courts and the hate crime aggravation must be implemented in a manner consistent with a US Supreme Court case that is over 20 years old.  If you have an inexperienced attorney: he or she may simply rely on the language of the book (or the website) and may not know this.  In general, most states treat hate crimes as an aggravating factor.

To prove that the crime was based on prejudice, the facts of the crime will be used against the defendant. In the case mentioned above, there appears to be no other explanation. Yet it is likely that the defendant will claim that some altercation broke out between herself and the women prior to the pepper spray being discharged. The woman can claim that she felt under attack, which is common in these scenarios. The standards, however, for proving hate differ from state to state. In some cases, hate must be the only reason why the crime was committed. In other states, hate must only be a factor in the commission of the crime. In this case, evidence that some altercation had broken out between the suspect and the women could be enough to get the hate crime charges tossed since hate would not have been the biggest factor in provoking the attack. On paper, however, it does not look good for the defendant.

This is the second prosecution for a hate crime against Asian women announced by the same district attorney in a couple of weeks. Asians have been predominantly targeted due to the coronavirus’s origins being linked to China. Some believe that the Chinese government created the coronavirus for the purpose of hurting Trump’s presidency or some other nefarious plot. There is no evidence for such claims.

Tallahassee criminal lawyer Luke Newman, P.A. represents the interests of those charged with serious crimes. Call today and we can begin preparing your defense immediately.