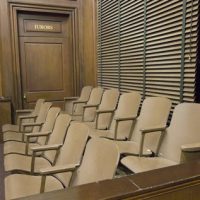 A North Carolina appeals court will hear the case of a man who claims that the prosecution removed all of the Black jurors from his trial illegally. It is the first appeal in the history of the N.C. courts to review a conviction on the basis of race. Initially, the man’s conviction had been upheld under an earlier standard that stated that race must be the only factor to overturn a verdict. The new standard states that race can be a contributing factor, not the only factor.

Another problem for the prosecution involves the prosecutor himself who stated that he removed the jurors from the pool because, “They were both Black women.” Later, the prosecution, perhaps realizing his error, offered up several other reasons for dismissing the juror. This is a key indicator of how well our civil rights legislation works. Nonetheless, the court did find that race was a factor in the conviction.

Some legal dramas make it seem as though jury selection is the most important factor in a case. This is largely because prosecutors believe the same thing. When you think about it, prosecutors need to convince every member of the jury that the defendant is guilty. This is especially difficult in capital cases (which this was). The rules require 12 jurors to hear the case as opposed to 6. That’s more work for the prosecutor.

The defense attorney doesn’t have exactly the same level of high stakes at jury selection. That’s because if we convince one member of the jury that there is reasonable doubt, there will be no conviction. The prosecution has the option of refiling the case, but has already failed to win the first time around.

The U.S. Supreme Court requires that all verdicts in capital murder cases be unanimous.

Each side gets a specific number of challenges during jury selection. Neither the prosecutor nor the defense attorney need to explain why they don’t want the juror on the case. However, race cannot ever be the basis for dismissing a juror. While the prosecutor need not give a reason, the judge can, reacting to an objection, challenge him to provide a legitimate reason. In this case, the prosecutor said he didn’t want Black women on the jury and then attempted to amend his rationale at a later point. Had the prosecutor not tipped his hand, it is unclear that the courts would have taken up the Defendant’s appeal.

If the case were to be tried today, the court would immediately overturn the verdict and order a new trial. However, the old standards that required race to be “the only factor”, and the conviction was upheld. The court can still vacate the conviction upon reviewing the case. But that decision has not been reached yet.

If you believe your case needs to be reviewed, call the skilled Tallahassee criminal attorneys at the office of Luke Newman, P.A. today to schedule an appointment and discuss your options and the circumstances surrounding your conviction in more detail.