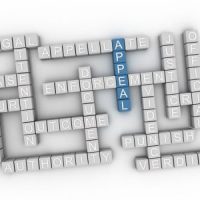 A SWAT officer who was convicted of shooting the caretaker of an autistic man has been granted a new trial after an appellate court ruled that the trial court erred in refusing to allow a defense witness. The defense witness was also a SWAT member who would have testified as to what training the officer received prior to the incident. At the time, the officer was the only SWAT member on the scene. He contended during his trial that he only did what he was trained to do.

Therein lies the problem. Police have special dispensation to use violent force against the public when they believe their life is in danger. So prosecutors must establish that the police officer used violent force, but also that the police officer used that force excessively or illegally. In this case, the officer was charged with misdemeanor culpable negligence. This both placed a crime on his record and cost him his job. It is unclear if authorities will retry the case, or if they will accept the appellate court’s ruling. Considering the charges are only misdemeanors, they are unlikely to proceed with another trial.

The state was allowed to present evidence that the officers who were attempting to control the situation were “shocked” that the SWAT member discharged his weapon. The defense was not allowed to present evidence that the officer was acting in accord with his training. Why not? Well, it’s unlikely that a SWAT member would ever be authorized to discharge his weapon when ten other officers are all standing calmly around trying to figure out what to do. The fact that he missed his target and struck the caretaker shows just how poorly thought out his conduct was. In this case, the officer wanted to argue that he believed he was doing the right thing and acted in accord with his training. It remains unclear if anyone trained this officer to take a blind shot during a mental health call that didn’t even strike its intended target. If so, then he too is a victim and we need to take a look at how we’re training officers. So the matter, which is a problem, would simply have a different target if the officer’s defense is true. The court found that the defendant’s argument was essentially irrelevant. Because the defendant’s conduct was so abnormal, he could not have possibly been trained by any competent authority to conduct himself in that way.

The appellate court disagreed, however, finding that the exclusion of the testimony prevented the defendant from getting a fair trial. Nonetheless, this individual could get his badge back if the state declines to fight the appeal.

If you are facing criminal charges, the Tallahassee criminal defense attorneys at Luke Newman, P.A. can help fight the charges on your behalf. Call us today and we can begin preparing your defense immediately.