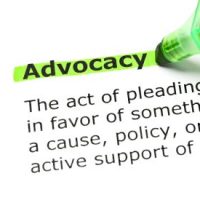 A Tallahassee mother is facing aggravated manslaughter charges after leaving her baby in a hot car while she worked a shift at a hospice clinic. After her shift ended, she found the child unresponsive in the car. She called paramedics who were unable to revive the boy. The official cause of death was ruled hyperthermia due to a dangerously overheated body. On the day the boy was left in the car, the average temperature was 87 degrees.

These sorts of deaths are generally associated with dogs left in cars by owners who take too long in grocery stores. Nevertheless, 23 children die every year due to heat stroke from being left inside a vehicle for too long.

While it may seem like a no-brainer to the general public, parents are only rarely charged in cases involving the death of a child in a hot car. Generally speaking, the parent is more devastated by the event than the general public is harmed by the event and the prosecutors take this into consideration when charging people with a crime. Usually, the parents are devastated. In many cases, it only takes an hour in a hot car before a person’s body begins shutting down. In the case mentioned above, the child was left in the car for several hours.

Aggravated manslaughter is charged against an individual who is a primary caregiver to someone who is infirmed, or a child. Someone who commits manslaughter against a child is guilty of a felony in the first degree. To understand the charges, you must understand the concept of culpable negligence which goes beyond mere or simple negligence. It’s closer to gross negligence in personal injury lawsuits. Those who expose an individual to extreme danger or death can be charged with a crime. If the individual dies as a result of that negligence, they can be charged with their death. Aggravated manslaughter has a maximum penalty of 30 years in state prison, so the charges are no joke.  It may be because of the alphabet but aggravated manslaughter of a child is the first (most serious) charge listed in the Florida Criminal Punishment Code manual.

Essentially, the charges are built upon the assumption that the defendant showed a complete disregard for the rights and safety of the other party. They may not have intended to kill them, but they failed to consider how their actions would impact the victim.

Defense attorneys in these cases tend to defend the person and not their actions. Obviously, causing the death of your own child is terrible, but the totality of circumstances must show that the defendant carelessly disregarded her child’s life. It appears this was a legitimate accident.

Tallahassee criminal lawyer Luke Newman, P.A. represents the interests of those charged with serious crimes. Call today to schedule an appointment and we can begin preparing your defense immediately.