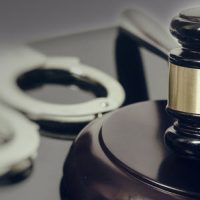 Jacksonville Police are investigating an area father after his 8-month-old daughter died after being left in a hot car. The father had returned home after running errands at the time of his daughter’s death. This is the third such death in Florida this year with 28 hot car deaths reported nationwide.

While hot car deaths sometimes result in criminal charges against parents, it often happens that law enforcement elects not to pursue charges in these cases. To determine whether or not charges are filed, law enforcement generally requires some other piece of information rather than the parent simply leaving the child in the car.

As an example, if you left your child in the car because you got caught up in a riveting conversation with your coke dealer, chances are low that law enforcement is going to be sympathetic towards you. But in 56% of hot car cases, infants are left in the car accidentally by parents who are otherwise distracted.

Understanding why this happens

While most people know that leaving your child in a hot car can cause their death, they are generally under the impression that it takes hours for this to occur. Scientifically, this is not the case. On a 72-degree day, the inside of a vehicle can reach a temperature of 112 degrees within one hour. A 40-degree spike in temperature can thus occur within one hour of leaving a car to stand in the sun. Hence, forgetting your child for an hour on a 72-degree day can result in death. Most people don’t know how quickly heat-related injuries can occur nor how fast a car can heat to dangerous temperatures in the sun.

There have been 2 other reported deaths of infants left in hot cars in Florida and the stories are essentially the same. Parents forgot that their children were in the car and when they realized it, it was too late.

In one case, a Florida resident was convicted of aggravated manslaughter after leaving a child in a van for hours. In that case, the defendant was a daycare co-owner who was responsible for several children. He forgot one in the van who died. He has been sentenced to spend a weekend in jail on the anniversary of the child’s death for the next seven years.

Luke Newman, P.A. represents those charged with crimes in Tallahassee. Call today to schedule an appointment and our Tallahassee criminal lawyers can begin discussing your defense immediately.