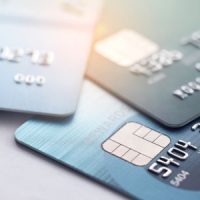 A Florida man was apprehended in Texas on charges of committing credit card fraud valued at $150,000 according to police. He used the personal information of over 20 victims to perpetrate the fraud. The suspect was apprehended in Texas on charges of robbery and fleeing and eluding police. Now, police departments all over Florida are announcing that they too have complaints against the defendant related to identity theft and credit card fraud.

The defendant is accused of stealing personal information for the purpose of forging fake credit cards and then using the fake credit cards to make real transactions. The victims would then request chargebacks.  The chargebacks appear to be what prompted the investigation. The suspect used at least two aliases to make the purchases. Most of the transactions occurred at tire shops for a large number of tires. At one point, the suspect purchased $50,000 worth of tires in a single transaction.

Prosecutors will wait to file charges until the suspect has been extradited to Florida from Texas. The suspect is facing one count of an organized conspiracy to defraud, criminal use of personal identification information, and trafficking in stolen credit cards.

The suspect was arrested after a fireworks stand operator complained that he stole a large quantity of fireworks from his stand. The suspect put the fireworks into a U-Haul and was tracked down by Texas police who initiated a high-speed pursuit of the suspect. The suspect was apprehended after a 100 mph police chase through two counties. Eventually, police were able to spike the roadway resulting in the vehicle coming to a halt.

Preparing a defense to the charges

Criminal defense attorneys frequently represent clients who are guilty. Our job in these cases is not to prepare a specious defense to the charges but to ensure that our client is not overcharged, over-sentenced, or pinned with other crimes they did not commit. Florida authorities had their eyes on this suspect prior to his arrest in Texas. The Texas arrest made it easy for authorities to begin their case. In cases of fraud, the government can be more interested in making the charges stick than hanging a massive sentence levied against the defendant. A defense attorney must determine what the state can prove and then negotiate a reasonable settlement in terms of prison time. The state generally has an interest in avoiding the cost of a trial, so there is some wiggle room, even when you’re guilty, to avoid the 70-year maximum you’re facing.

Tallahassee criminal lawyer Luke Newman, P.A. represents those charged with credit card fraud and related charges. Call today to schedule an appointment and we can begin preparing your defense today.